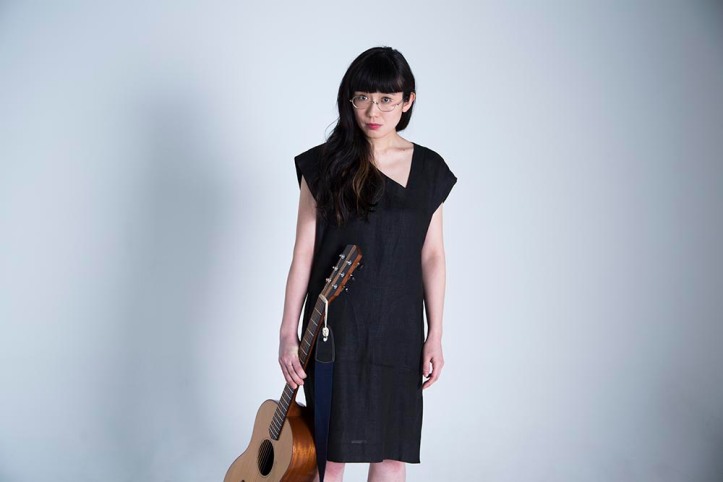 Shibata Satoko started her musical career in 2010 while she was at University, landing her first record deal in 2012! Fast forward 2 years, she signed to P-LINE RECORDS to whom she is currently signed. Across her career she has released five albums, three mini-albums, an EP, three live albums, and a collaboration EP. Not only does she write music, Shibata also writes poetry which has been formally published. At the time of writing, Shibata is yet to perform outside of Japan which is something we hope changes in the near future!

Predominantly an acoustic artist, Shibata’s songs are stripped back to solely her voice and guitar. The songs are generally slow, having a nice flow to them which is quite relaxing. Like most artists of this style, it’s clear songs are strongly lyrically driven. Conveying a story through the medium of song. For fellow readers like myself who do not know much Japanese, I won’t deny this dampens the experience. However, through the subtle tones in her voice you can still hear and gather the meanings nonetheless. This demonstrates Shibata’s artistic prominence as she can infer meaning beyond the language barrier. Focusing more on her voice, generally it has a gentle tone, having a similar sound to older Japanese songs, a soft but clear voice cutting over the instrumental. With more current production processes, it is refreshing to have a more updated older style in the mix.

Despite her guitar being acoustic, it is layered in the post production with an amplified sound, making the guitar more dynamic and boost, allowing the chorus to have more of a kick. Her vocals are also layered for harmonies, and extra vocal lines in the chorus to further spice things up. Further to this, other instruments are added to create a more full band performance. A consistent feature is the drums, which have a more jazz flare, using a swing beat and making the songs generally more upbeat. Again, it works well as a supplement. Not overpowering the guitar and vocals, but supports the structure of the song. It gives recorded song a fuller sound for listening at home. However, I would love to see how this translate live. I can imagine the songs will have a more bare and raw sound, with the emotionally of the song put more in the spotlight. Something we would love to see in the UK that is for sure!

Shibata Satoko’s last 2 albums are available on iTunes, the rest of her music has to be imported.